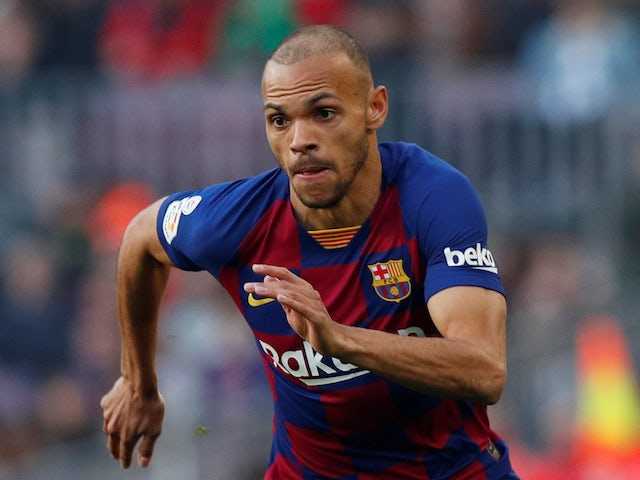 Four Barcelona players are supposedly combating for their future at Camp Nou as Ronald Koeman thinks about changes during the January window.

Four players are supposedly combating for their Barcelona future ahead of the January transfer window.

While Ronald Koeman was limited in the summer market, a first-team pay cut might provide the Dutchman more space for manoeuvre at the start of 2021.

According to Marca, Martin Braithwaite, Carles Alena, Junior Firpo and Riqui Puig might all be heading towards the exit door.

Braithwaite has made a favorable impression in recent matches, contributing 3 goals and one assist during 4-0 wins over Eager beaver Kiev and Osasuna.

Alena and Firpo were also offered with substitute trips during the latter, with Puig staying as an unused substitute.

Nonetheless, it is claimed that the quartet should all carry out to a greater level during the club’s fixtures in December if they want to invest the second half of the campaign at Camp Nou.