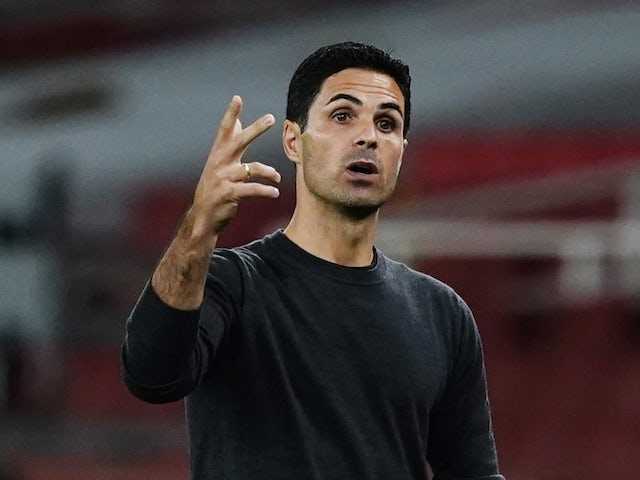 Pierre Emerick Aubameyang called Arsenal’s boss by his first name in an interview after the 1-0 win over Manchester United on Sunday.

Arsenal boss Mikel Arteta insists he feels no disrespect towards him from his players.

Keane, 49, an expert in the studio that afternoon, was not amazed with how Aubameyang resolved his manager, stating: “He didn’t show him regard when he called him by his name, Mikel.

“He’s the manager, the boss, the gaffer. That’s respect. Not Mikel, he’s not his mate.”

Inquired about those remarks during his interview ahead of Thursday’s Europa League game against Molde, Arteta insisted he was not angered.

“I was told that Roy mentioned that, but I don’t think it particularly. I give the players the choice, some call me boss or coach, it depends,” stated the Arsenal manager.

” I shared a dressing space with a few of them so there has been that modification, however I do not feel any disrespect. I comprehend Roy and why he was stating that.

” It is something that was a little an issue prior to I joined, however not now. Both celebrations need to comprehend regard and set about the relationship in the right way and the players have actually made it truly simple for me.

“In the end, we are part of the same thing and it has not been something that has been difficult to manage.”

Arsenal are leading of Group B after winning both Europa League matches up until now, however Norwegian club Molde are also on 6 points having actually done the exact same.

Arteta made 11 changes against Dundalk last week and has stated there will be changes once again on Thursday as the Gunners effort to stabilize the needs of the present schedule, with matches coming thick and fast.

Asked if his team will have the ability to contend as they would like to in every competition this season, the Gunners boss stated: “That’s a hard question to address.

” I think now we have the numbers to do that. I think we can turn players. I think we have enough players in the squad to be able to keep a truly competitive squad.

” We’re playing every 3 or 4 days at the minute and you start to get injuries, suspensions and whatever comes is going to get more and more made complex.

“This is our obligation, to try to compete in every competition and we’re going to be trying to do that until the end. Obviously, the circumstances will dictate how well we can do that.”